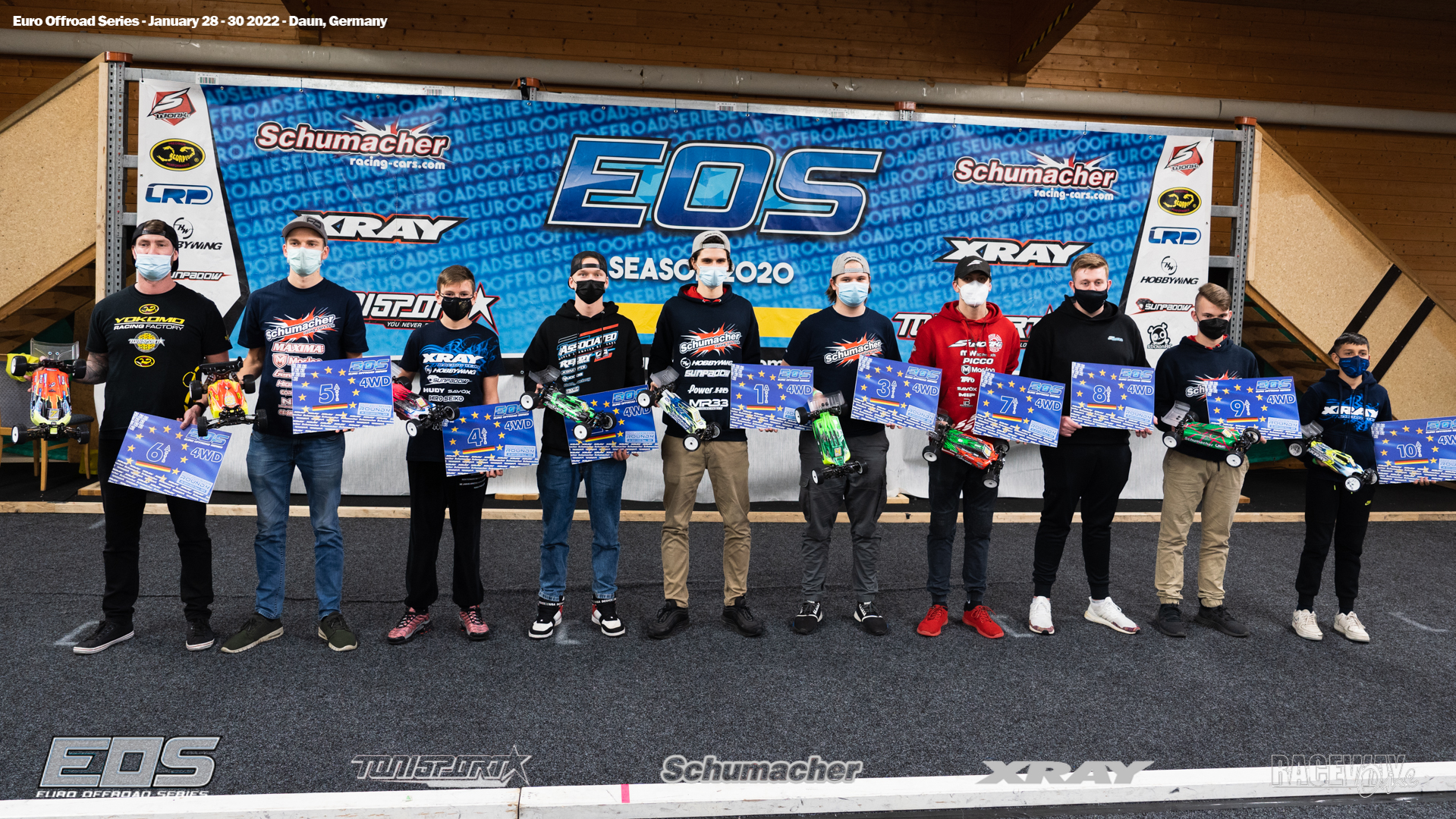 It has been a very exciting but long three days racing here at Round 4 of the 2020/2021/2022 Euro Offroad Series from Daun, Germany.  It has been fantastic to see the “family” again and to meet several new racers doing their first EOS meeting. The bad news for the final report is that the main event – 4wd Modified – has been settled after just two Legs of the A Main. The overall win goes to Schumacher’s Michal Orlowski. There are lots of other finals however which are not settled.

The 4wd Stock class produced it third difference winner in Leg 3. Niklas Marhle made his move early and made it stick for the whole race. Lovely tidy execution meant he was able to get ahead and stay ahead for the Leg 3 win to add to his second place from Leg 2.  Chris Geier was second and Leg 1 winner Tim Kunz was third.  Niklas’s combined score and faster time enough to pinch the win.

Action from the 4wd Stock A-Main

In the Modified truck class Jorn Nuemann initially lead and was starting to break away when an unforced error cost him over 3 seconds. This allowed Leg 2 winner Jamiel Gabrielsson into the lead and once again we saw 3 minutes of a cat & mouse game where Jorn would catch up and drop back and catch up and drop back. Jamiel drove excellently to make it very difficult for Jorn – securing the Leg win and the overall victory.  Jorn unable to repeat his Leg 1 performance will have to settle for second. Micha Widmaier was third in the Leg, but could only manage fourth overall behind Nico Schmid.

With the 4wd Modified meeting already settled, it was time to see who could snatch the second place honours. Orlowski would sit out the final leg leaving Bartosz Zalewski on effective pole position. The race got off to a very fast start with Joona applying pressure straight away. Bartosz’s car looked fully dialled for the last A-main, much better than it looked in Leg 2. He didn’t put a foot wrong for over four minutes with extreme pressure coming from Haatanen. When the one minute to go announcement came you could see a drop in Bartosz’s pace as pressure grew. For a whole lap he was slightly loose, but he still managed to keep Haatanen behind him. He recomposed himself and went on to set some extremenly fast laps before winning Leg 3.

A fantastic result for the 13 year old – definitely a star of the future.

Even though Joona Haatenan didn’t win the final leg, he had done enough to secure second place which is a great recovery from his horrible day on Friday in 2wd. The young Finn looked super fast and we look forward to seeing him back again. 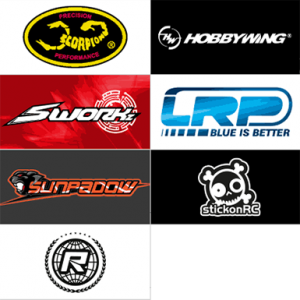